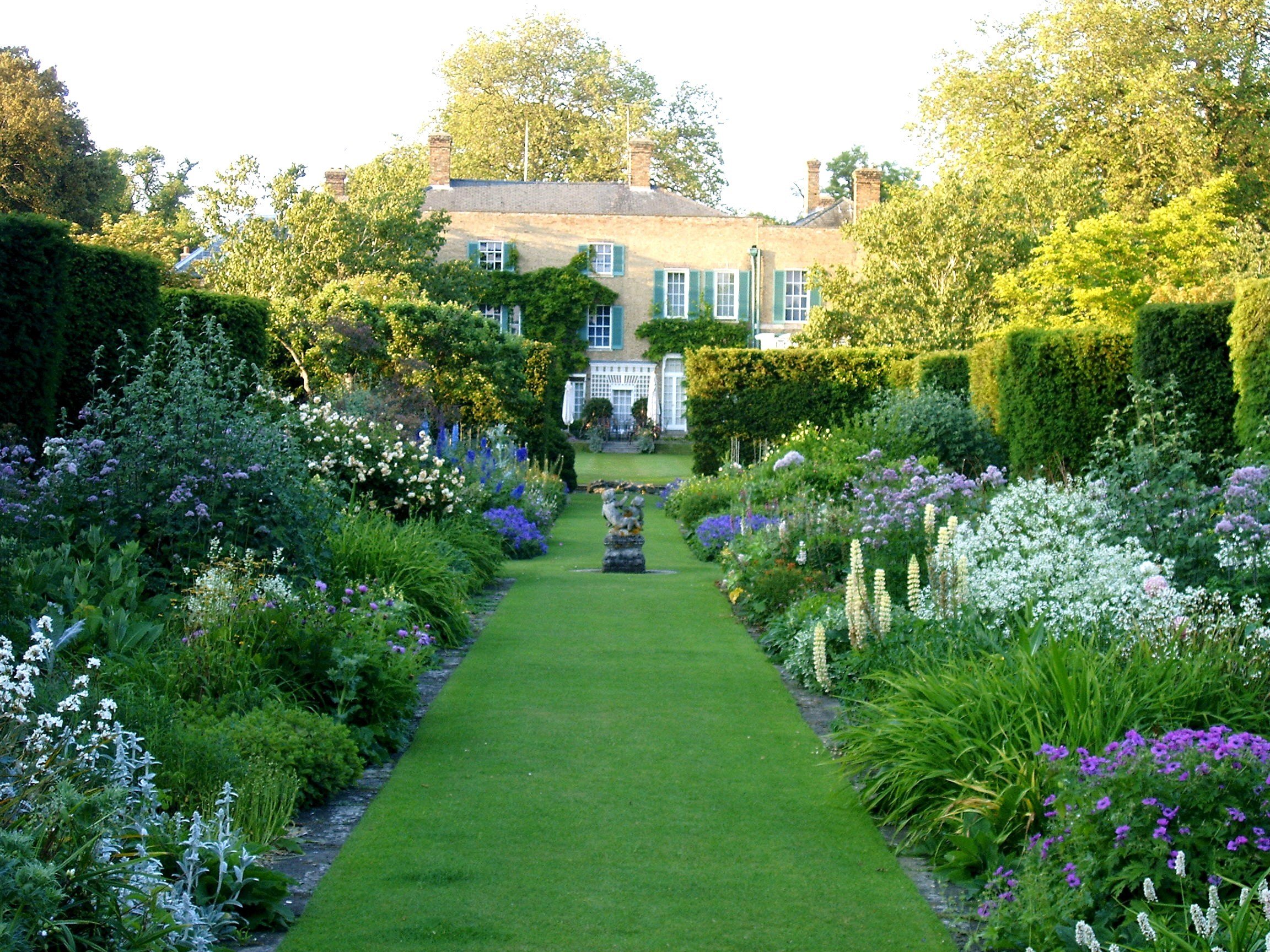 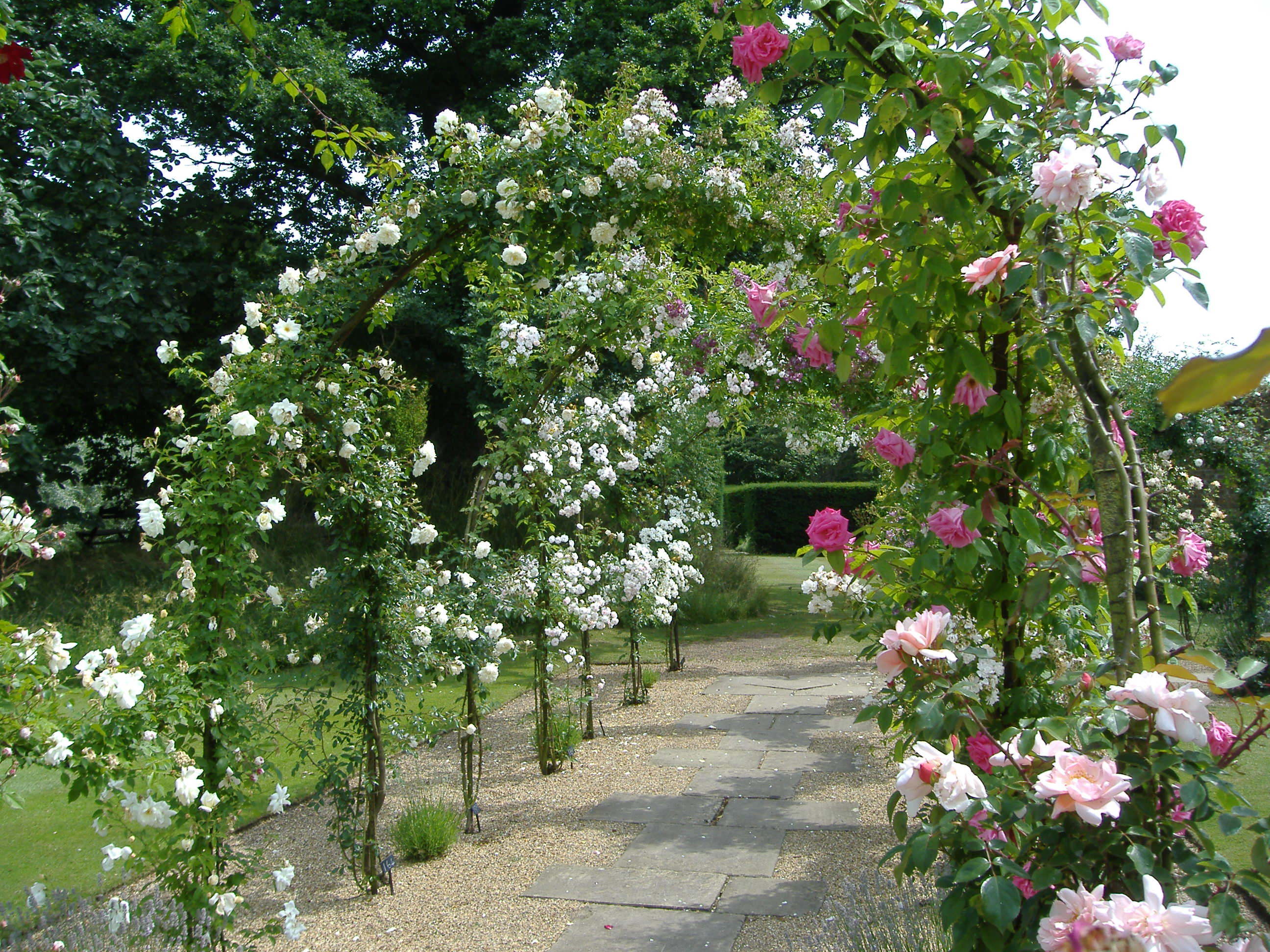 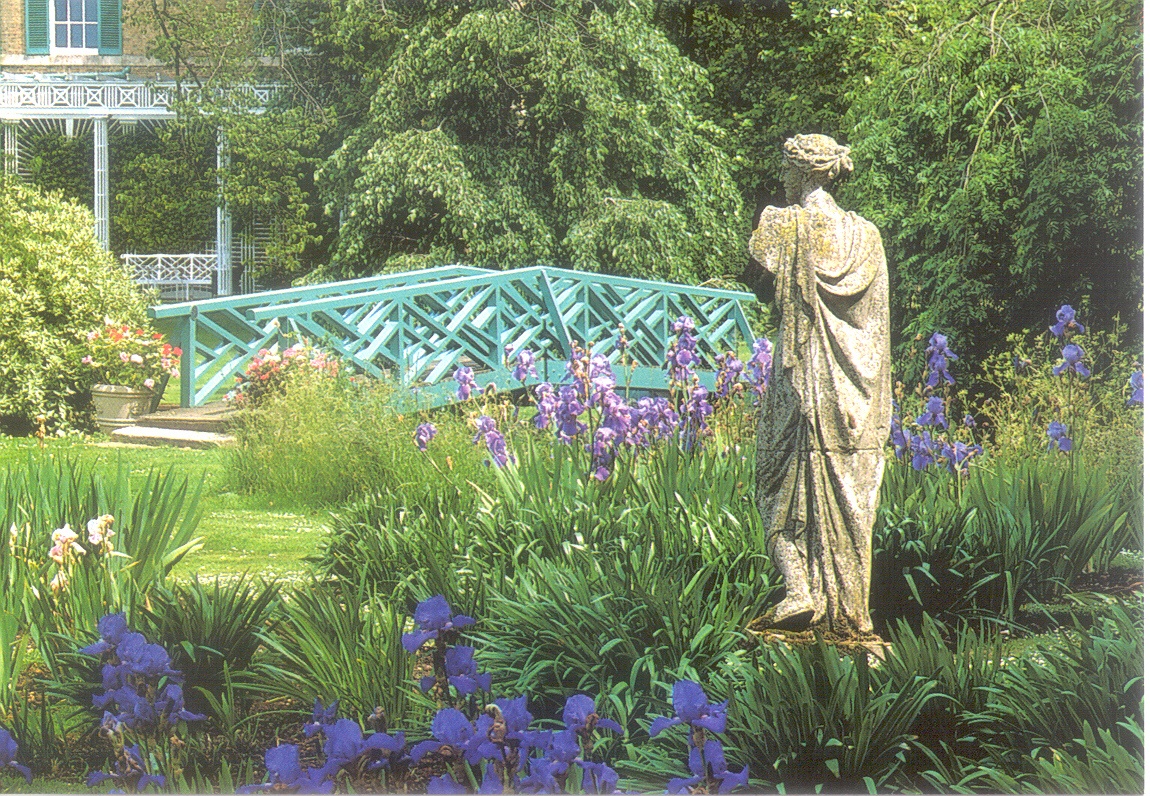 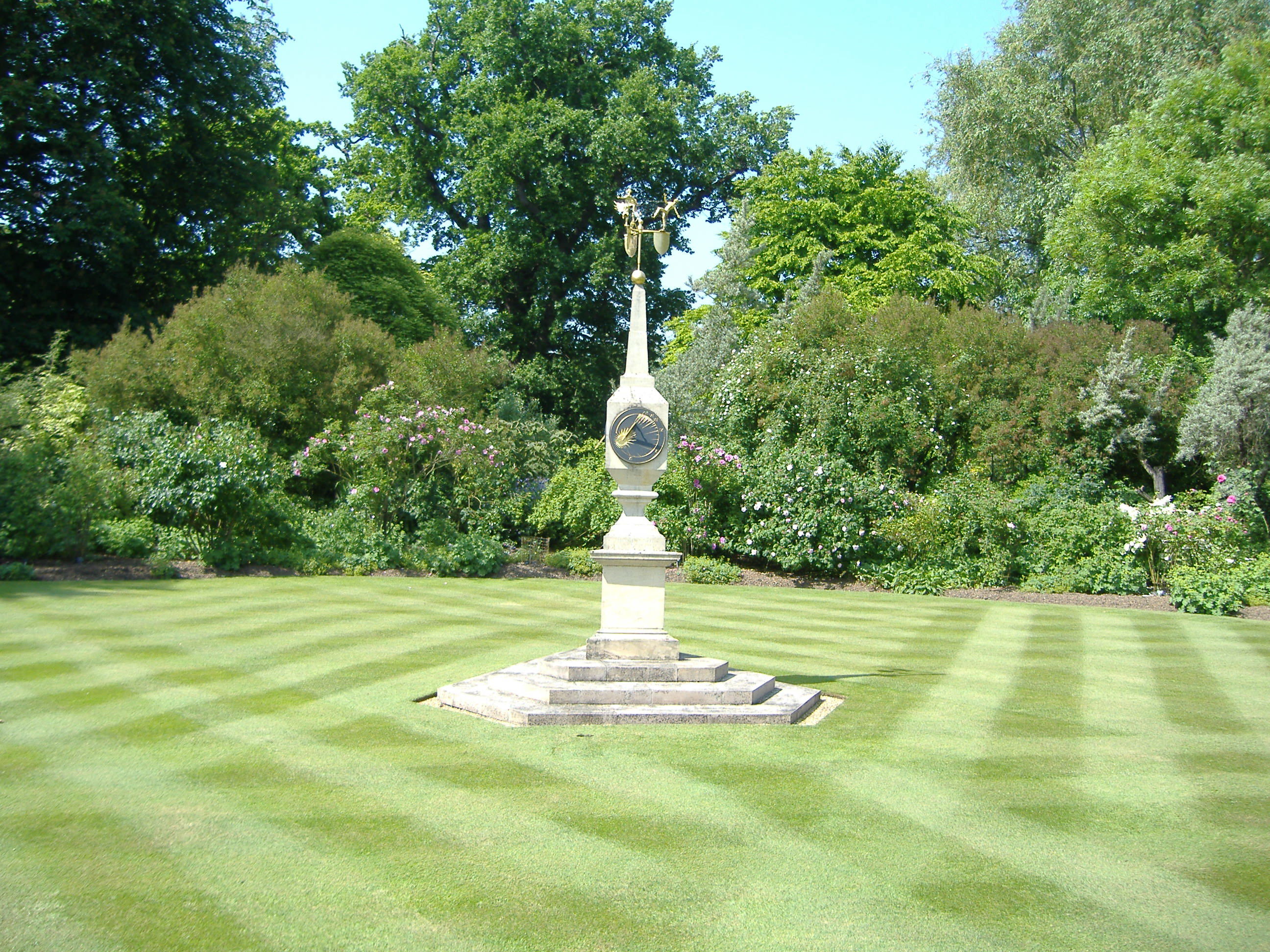 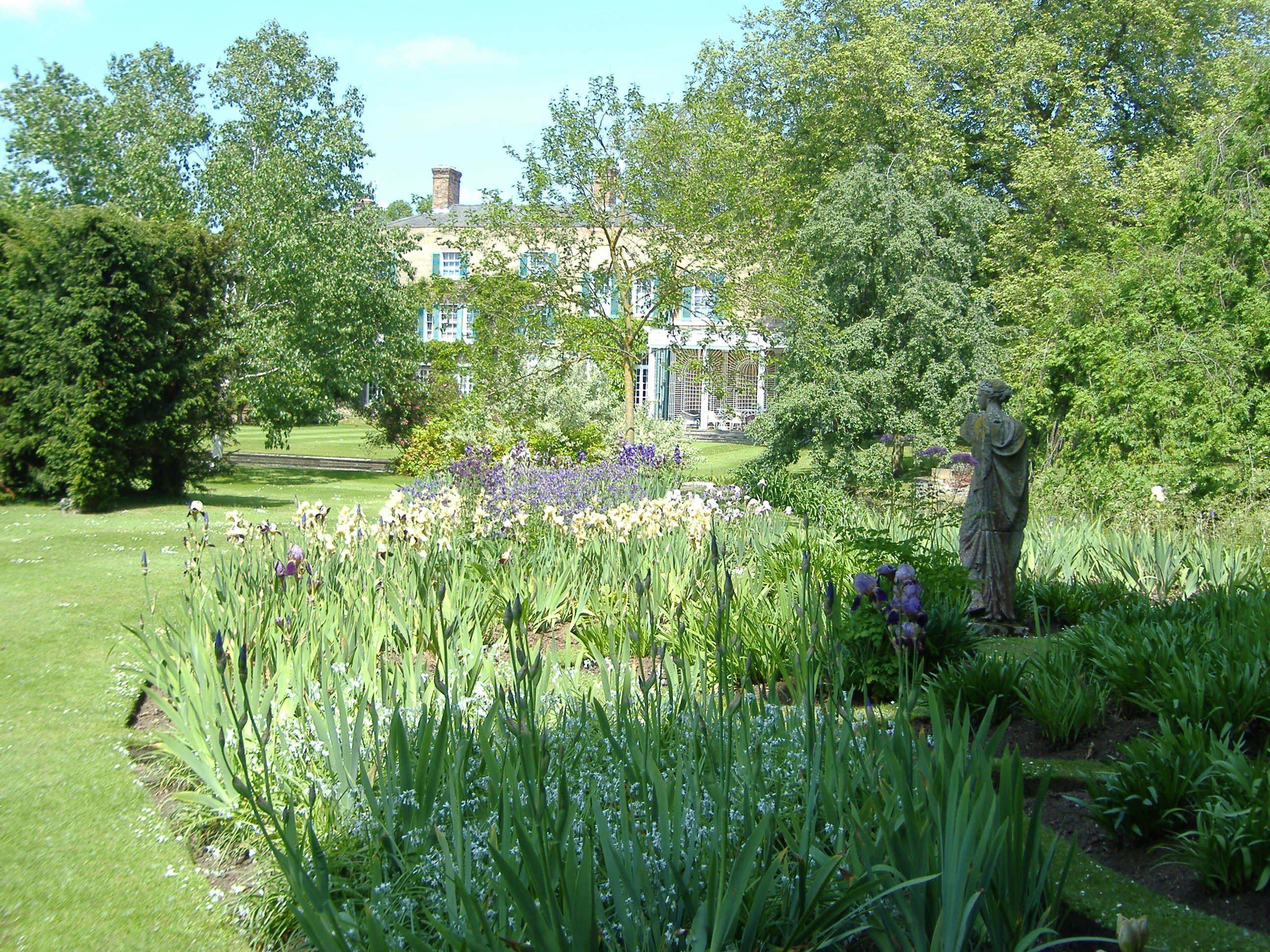 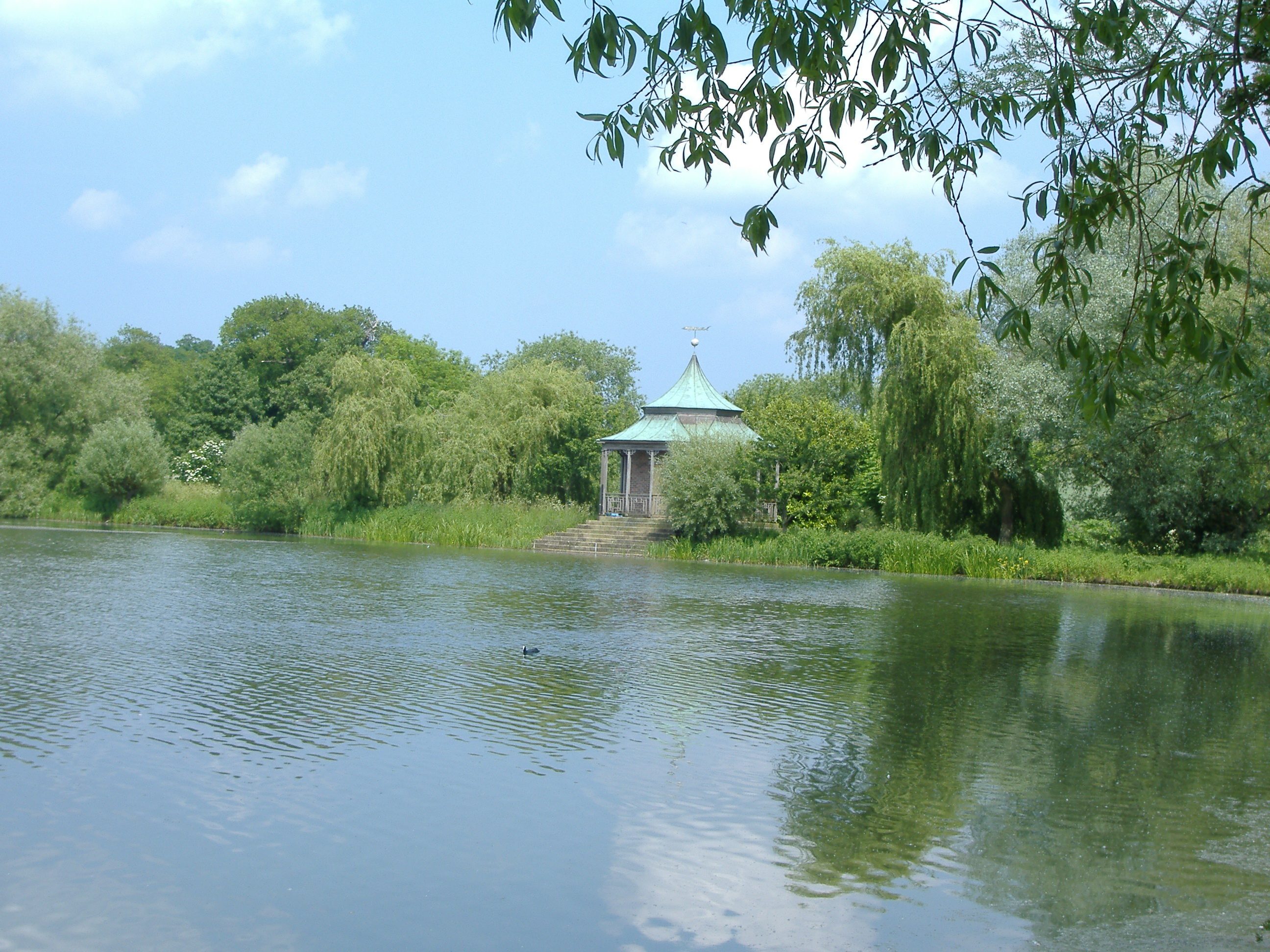 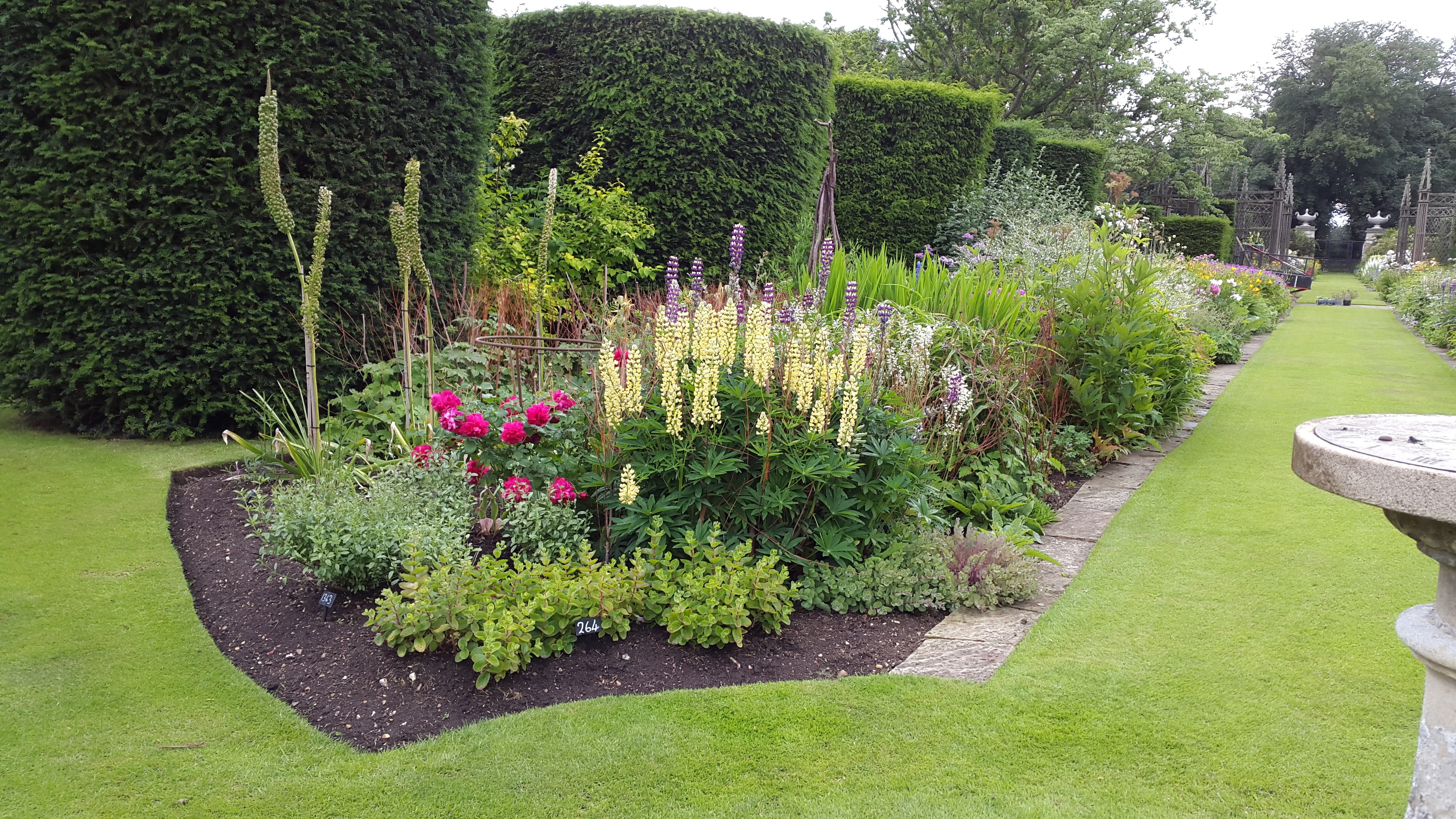 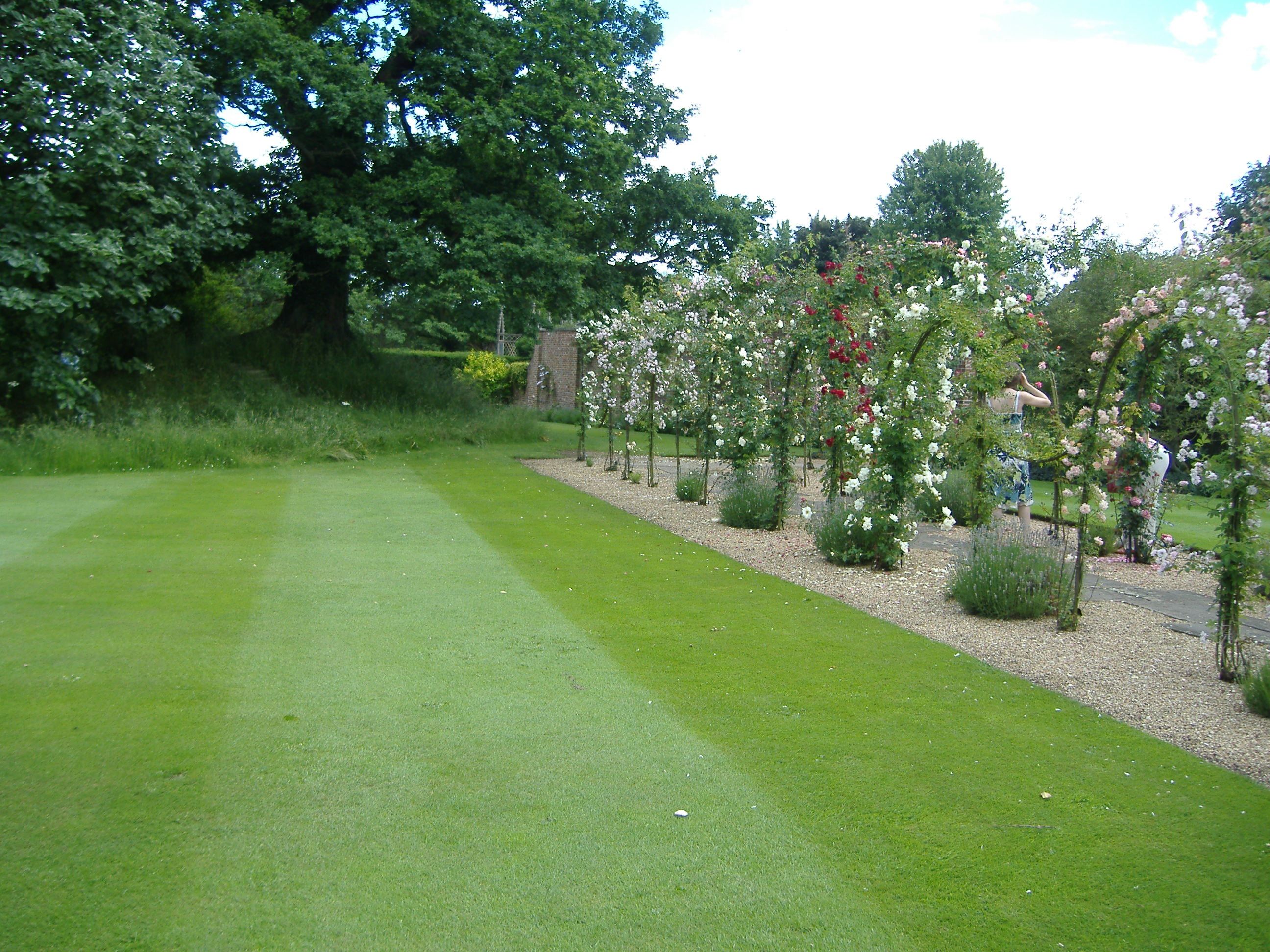 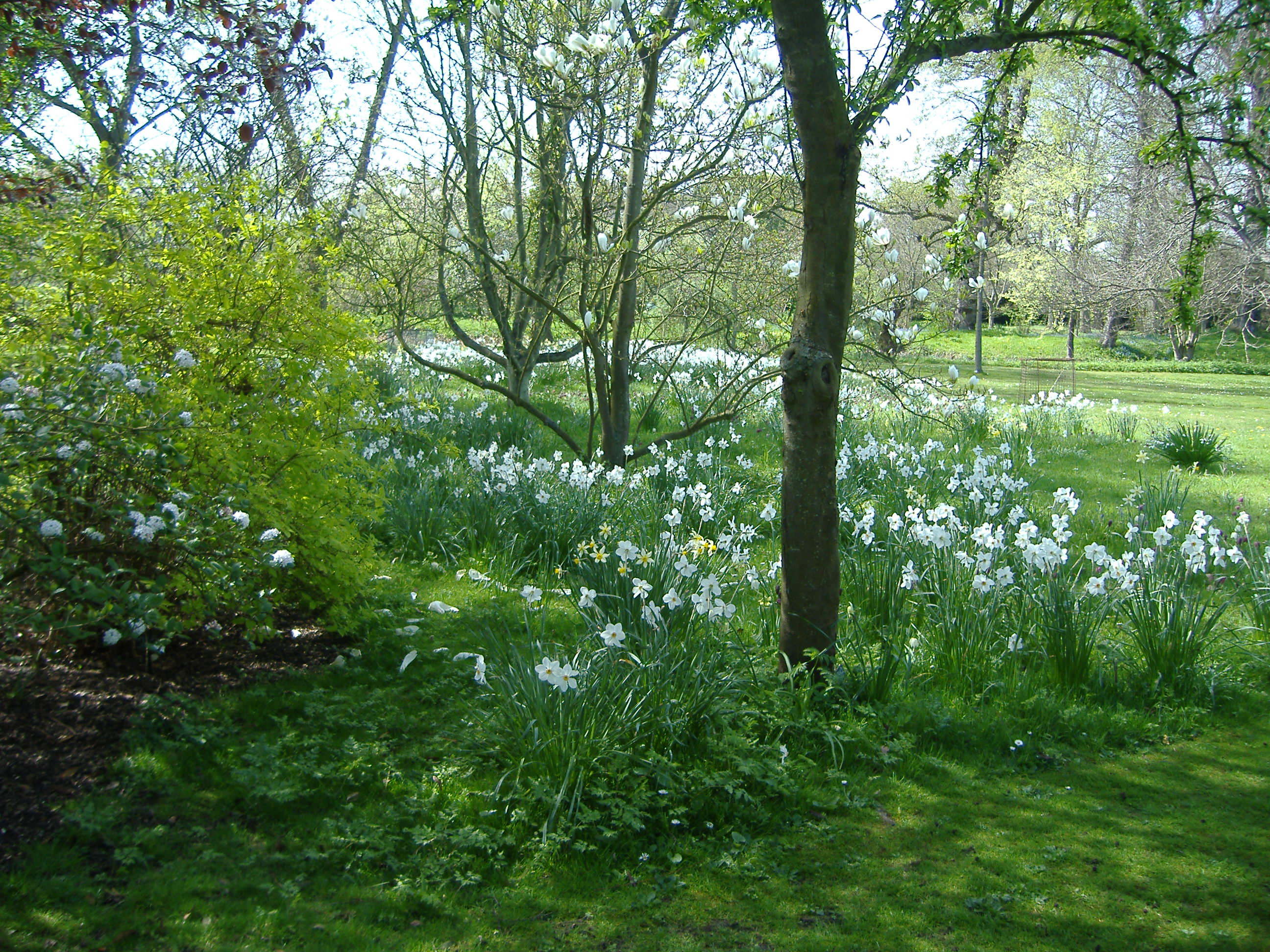 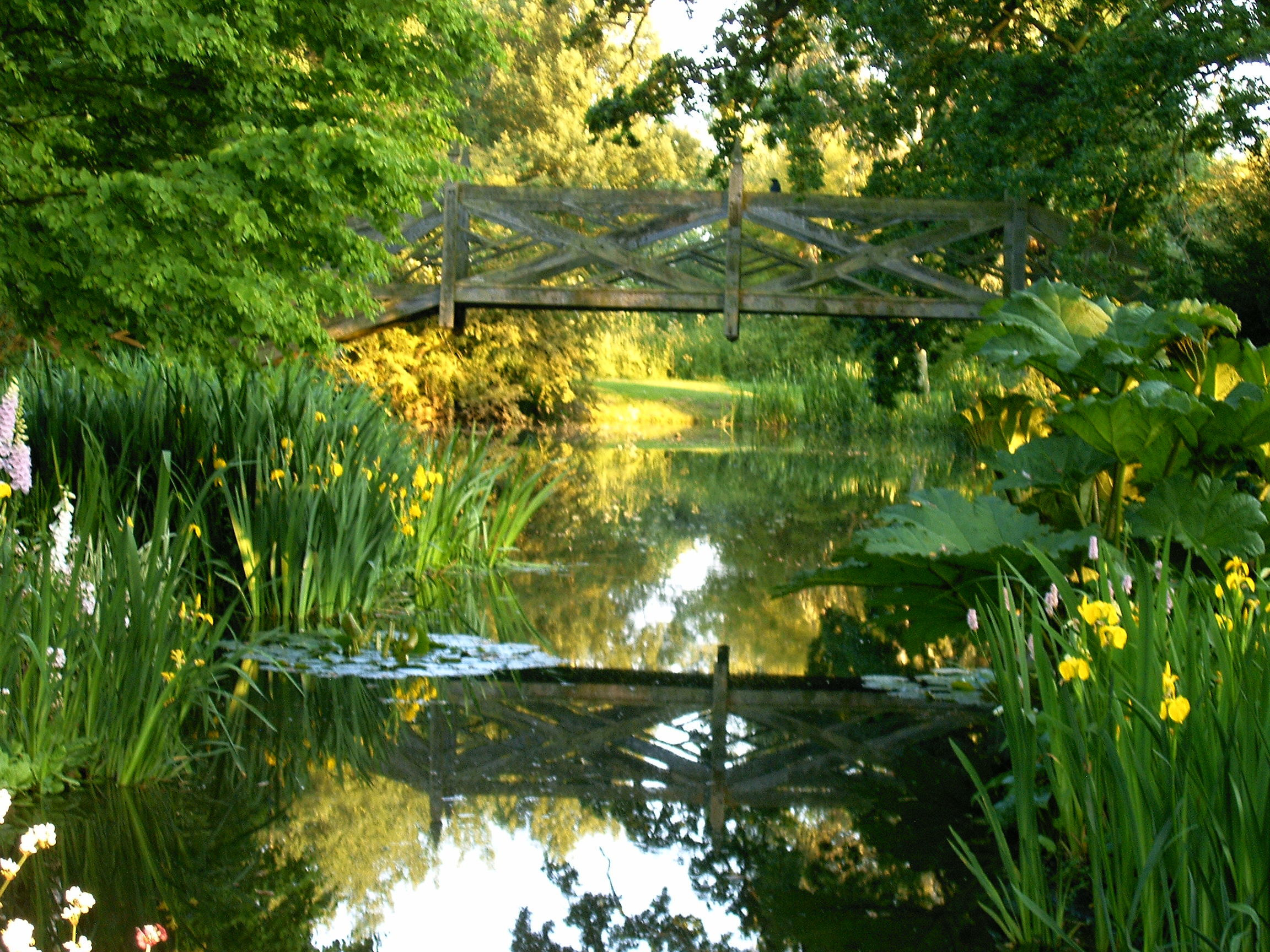 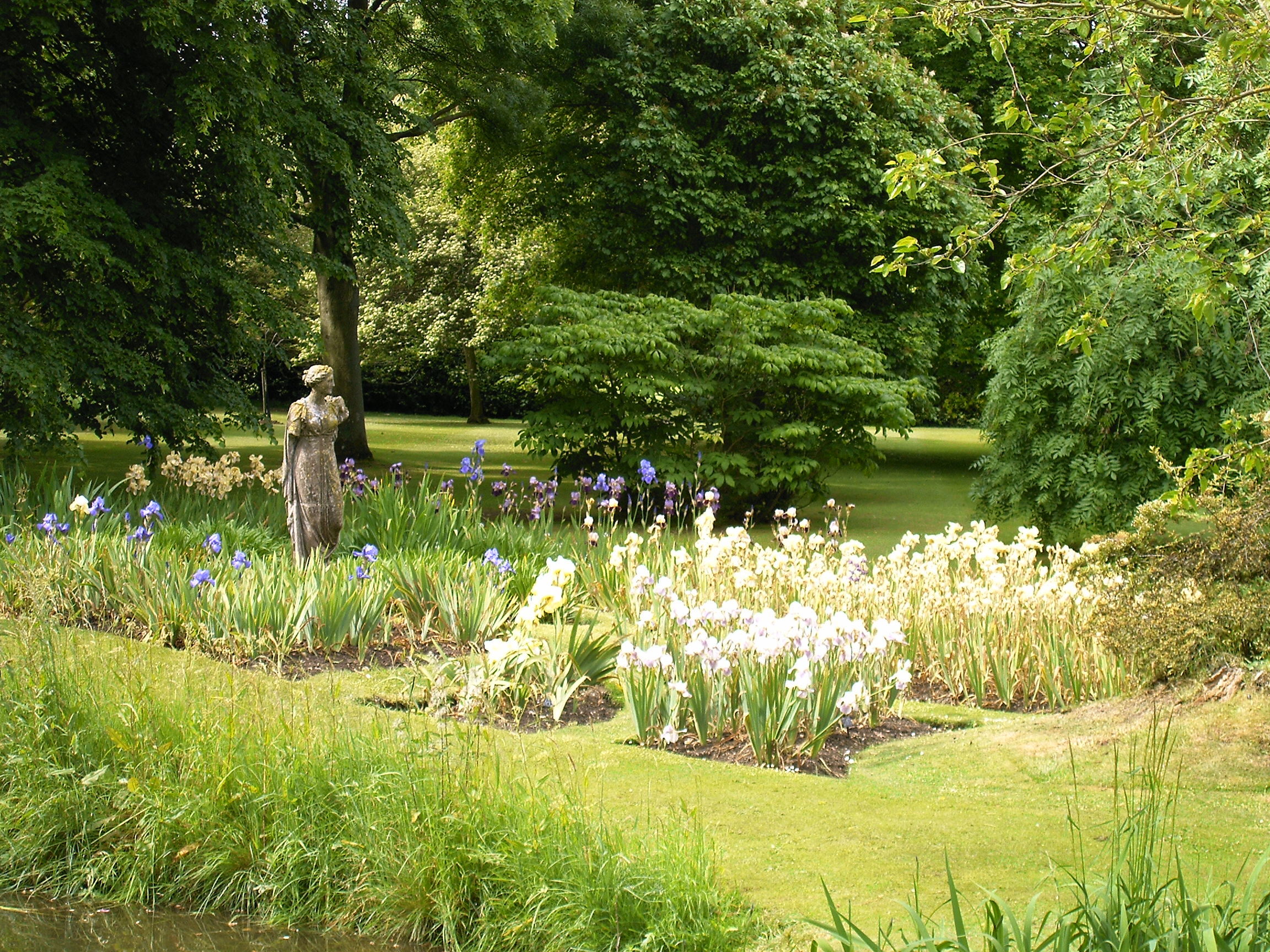 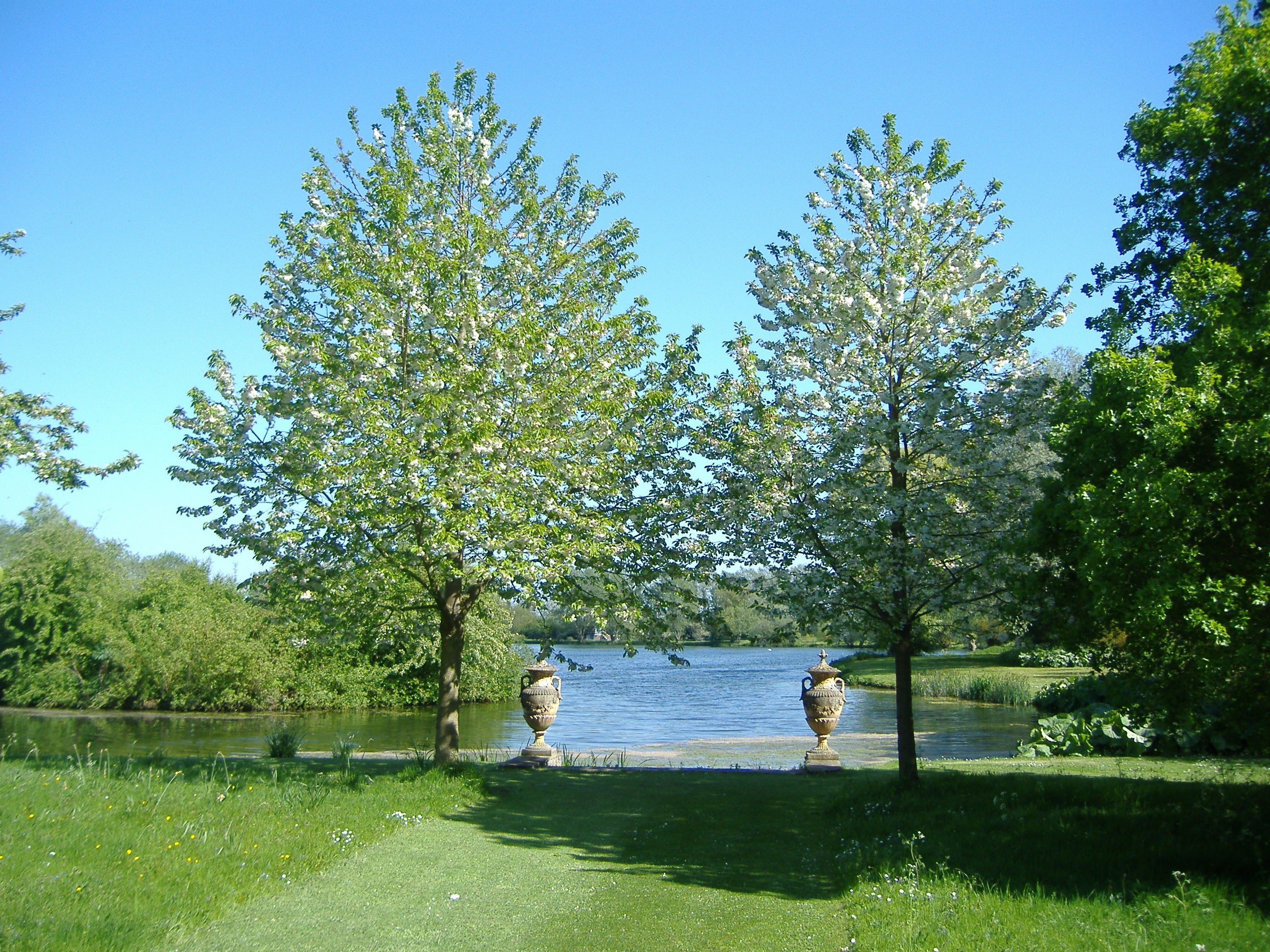 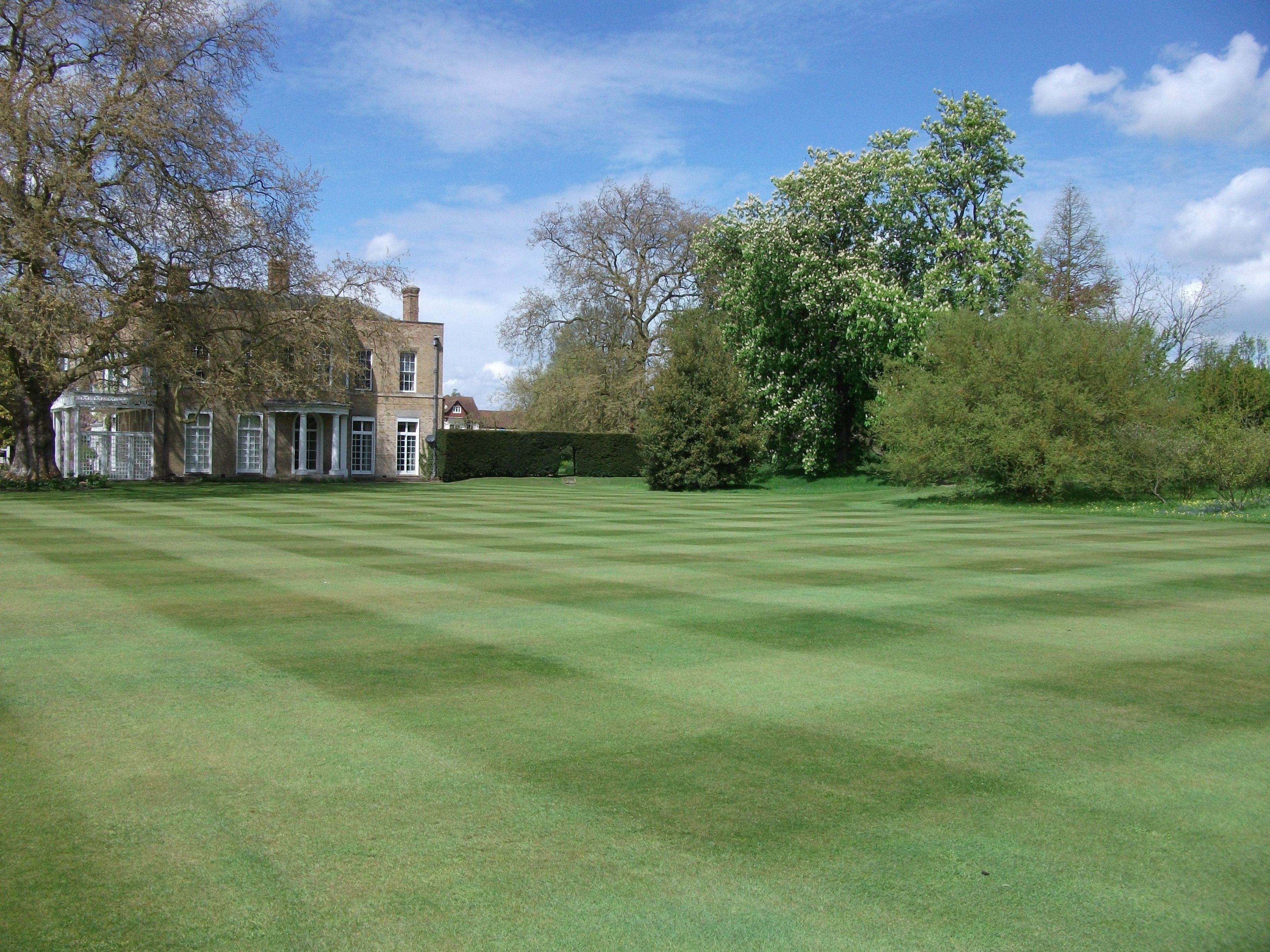 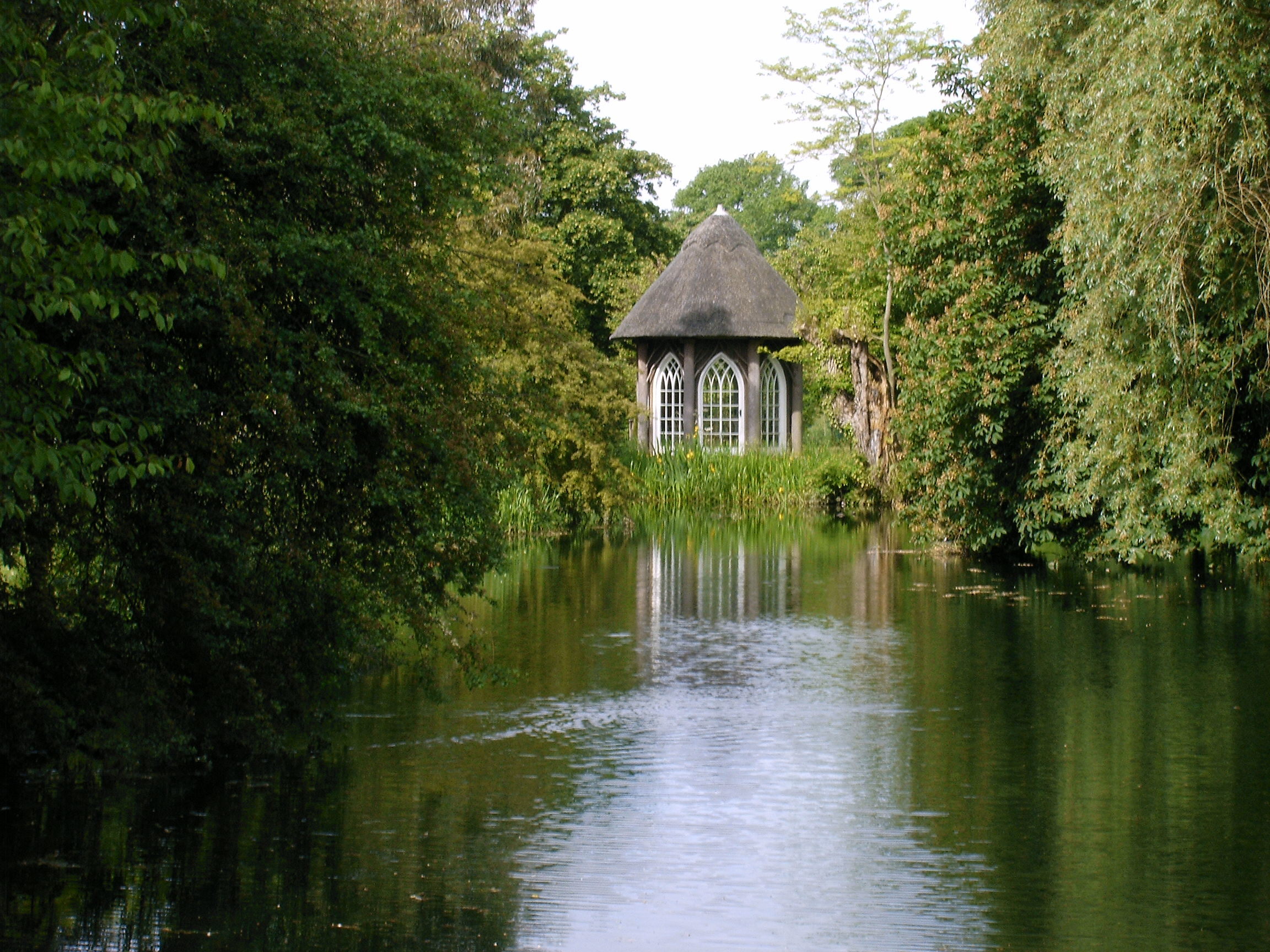 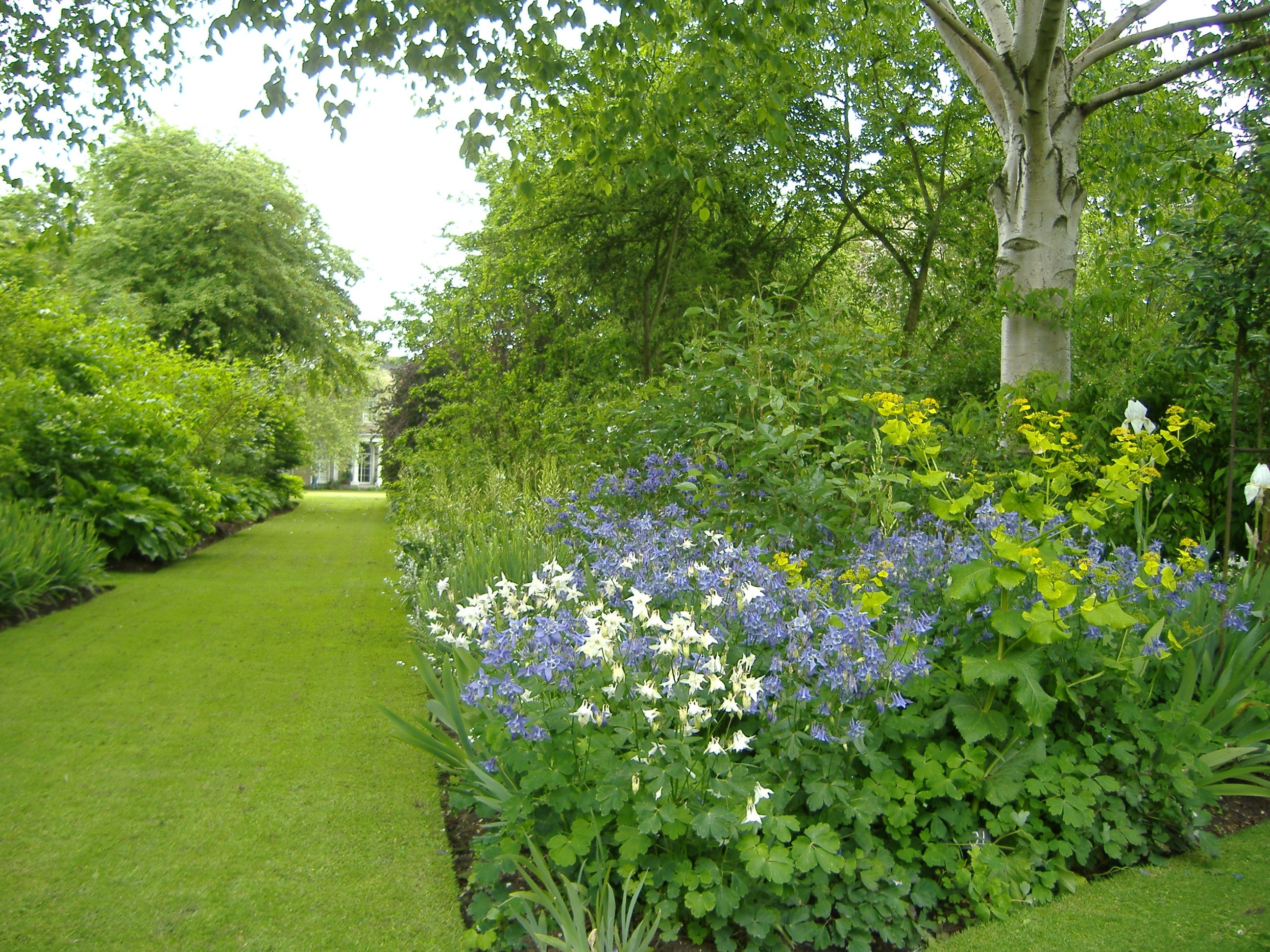 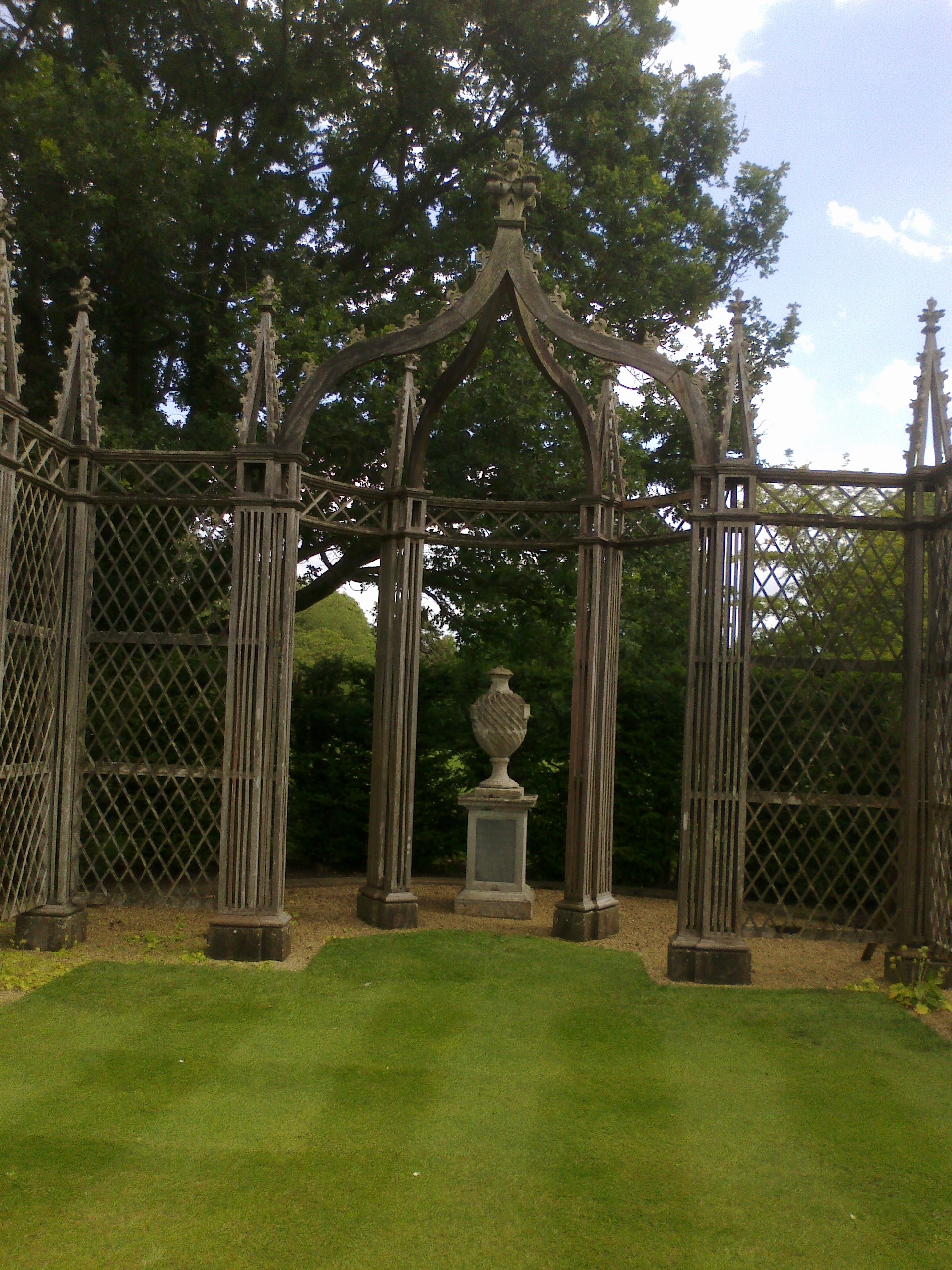 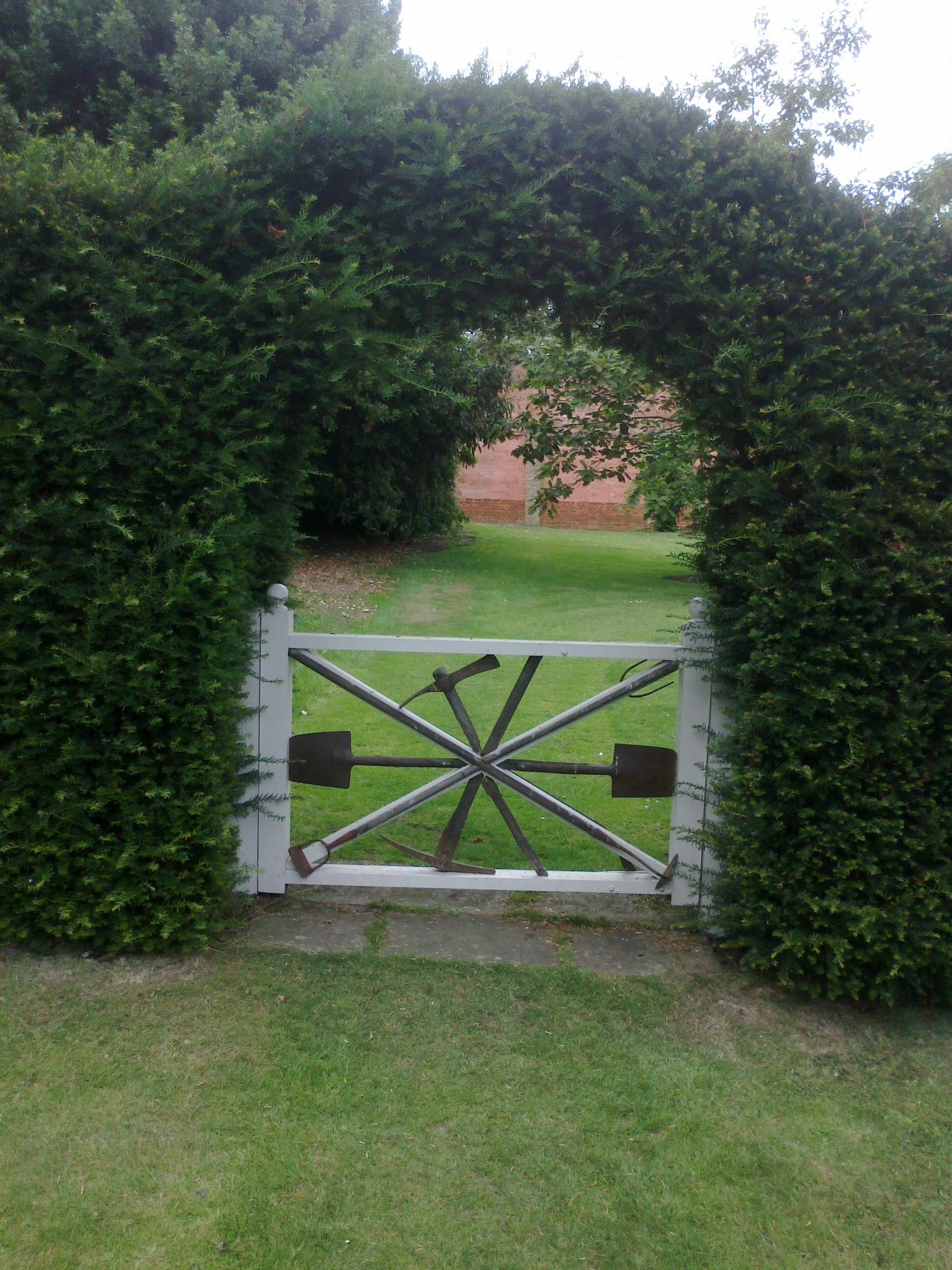 The Hall gardens cover an area of 8.5 acres (3.4 hectares) surrounded by managed parkland and a 5 acre (2 hectare) lake added in 1974. There are many fine old trees, large lawns, shrub rose, herbaceous and grey borders, a bog garden as well as mixed borders. There are some six follies designed by Peter Foster around the garden including a gothic trellis in the herbaceous border and the Constable pavilion at the end of the lake. Mr Foster was the architect responsible for the maintenance of the fabric of Westminster Abbey.

The present Lord De Ramsey’s father moved into the hall in 1937 and after the War started to make major changes and restorations to the garden. The overall design was drawn up by Humphrey Waterfield who had a wonderful garden near Menton in the South of France. Together with Lady De Ramsey they set about changing the garden to what it is today. From a good basic framework of old trees, lawns and the brook, they added borders, roses and mixed plantings now numbering some 1600 species.
The present Lord and Lady De Ramsey are carrying on with this work, improving borders re-planting areas where age is beginning to show and adding new plants to the ever-growing collection commissioning new hard features and maintaining the follies. They have also started a fine collection of red list and unusual oak trees. Acorns from over 60 trees have been collected from around the world, propagated and then planted out in the garden and parkland.

Near to the house are large close mown lawns and a huge London Plane (PLATANUS x acerifolia). Across the lawn are mixed white borders, shaded borders and a circular old-fashioned shrub rose border. Many roses survive from the original planting although a regular replacement scheme is in practice. In this area there are also fine tree specimen’s including Metasequoia glyptostroboides and Betula papyrifera as well as the bog garden. The river or ‘Bury Brook’ cuts the garden into two halves and is crossed by four bridges. Two old oak trees dated to around 1600 stand guard by the thatched summer house by the tennis court next to an old orchard under planted with spring bulbs. This area also contains a young Wollemi pine, common in Australia 150 million years ago. Wollemia is a genus of coniferous tree in the family Araucariaceae and was only known through fossil records until the Australian species Wollemia nobilis was discovered in 1994 150 kilometres north-west of Sydney. Following the mown paths leads to the tennis lawn now planted with some of Lord De Ramsey’s father’s favourite trees and the first planting of the oak collection.

A pair of gates designed by George Carter lead to the herbaceous border which is backed by clipped yew cylinders inter planted with Philadelphus coronarious aureus. The double border is 150 yards long with planting done on a cottage garden theme with many unusual herbaceous plants. A path leads to a rose arch walk with about fifty different roses tied and clipped to the hoops and swags of a Victorian iron frame. An old red brick boundary wall is the backdrop for a grey border of mainly rather tender Mediterranean plants - here the garden’s boulder clay was replaced with a free draining gravel rich soil. At the end, there is an old monastic eel pond filled with water lilies and an old orchard with an apple tree festooned with a hundred year old climbing rose‘La Mortola’ - its enormous trunk almost as big as its host., The Chinoiserie bridge leads back to the house and main lawn.